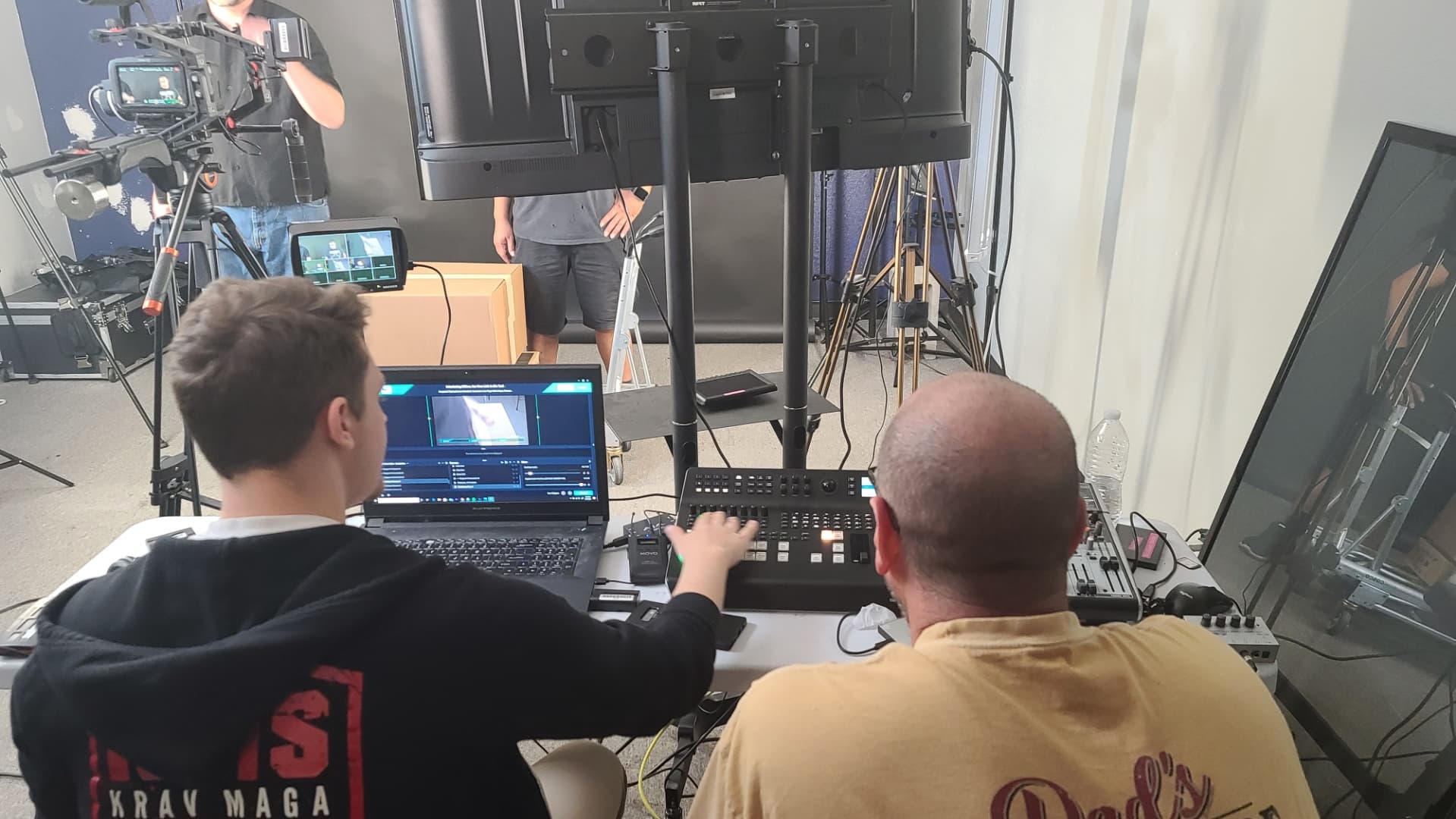 Hey everyone, it’s been a while since we last checked in with you guys and we’d like to tell you all about what we are doing. This is the first in a number of blogs going over some of the things that we’ve been doing like running livestreams, making music videos, filming music festivals, making short and feature films, and drinking a whole lot of caffeine.

The first thing I’m gonna mention is our new livestream setup, mostly because it’s the project I’m most excited for. To understand the importance of this new setup you have to understand how clunky our old setup was. Our first setup was one webcam, and this “amazing” piece of software, OBS.

I don’t want to trash OBS at all, I actually like it a lot, but it is a bit… clunky to say the least. It has a ton of features and it’s mostly free, but it is not optimal for bigger productions. However, when you have a webcam and some graphics, it is any streamer’s best friend.

But much like that shirt you wore in highschool that made you look really good, we grew out of using OBS to receive signals and switch cameras rather quickly. The trouble started when we started to put on bigger productions, like livestreamed concerts with multiple cameras. That is when we bought the dreaded capture cards.

There is no word in the english dictionary that fully explains the amount of hatred I have in my heart for those capture cards. Instead I shall use symbols. %&$#?@!

So we needed a change, and we needed it fast. That is why we went out and invested in a new piece of equipment, the Blackmagic Design ATEM Television Studio Pro 4K!

This piece of technology is frankly amazing. It takes up to 8 cameras and outputs the signal to a computer via a SDI cable that then gets converted to USB through our AJA U-TAP box. It displays all 8 cameras at once on a monitor and lets you switch through all of them and select which one you want to output at that time. Then that signal goes straight into OBS and gets broadcasted out for the entire world to see.

We just ran our first test livestream with it and it went… Alright. There is a learning curve and we are still figuring out how to get it working with audio, but with this we will be able to livestream our very first LIVE VARIETY SHOW, streamed directly out of Glendale, AZ!

We are officially going to start holding these events for anyone to come out to see in person, or watch from the comfort of their own home. Get ready, because we are coming at you soon. Join our newsletter here to see more details as they become available, such as official dates, times, featured artists, and food trucks.

Manage Cookie Consent
To provide the best experiences, we use technologies like cookies to store and/or access device information. Consenting to these technologies will allow us to process data such as browsing behavior or unique IDs on this site. Not consenting or withdrawing consent, may adversely affect certain features and functions.
Manage options Manage services Manage vendors Read more about these purposes
View preferences
{title} {title} {title}